Science
A group of medical and environmental researchers from RUDN University evaluated the level of heavy metals in the organism of first-year university students from different countries of the world. The results of the screening helped the scientists to reveal a relationship between a region of residence and the level of toxic metal in organism. According to their opinion, increased heavy metal levels in the organism of students from Africa and Latin America can have a negative impact on their health and performance.

The group of heavy metals contains over 40 elements, the most poisonous of which are cadmium, lead, mercury, arsenic and nickel. The main source of heavy metals is industrial facilities: lead is used to produce batteries and electric cables, cadmium is an element of anti-corrosive coatings and electrodes, and semiconductor materials called arsenides are based on arsenic. Heavy metal compounds pollute water, soil, and air and from there get into the human body. RUDN medics and ecologists studied the concentration of heavy metals in the hair and urine of students from 48 countries and analyzed the effect of pollution on their health.

“The concentrations of heavy metals in human organism is an indicator of general pollution levels in respective regions. Our goal was to identify arsenic, cadmium, mercury, and lead markers in the samples taken from the students of RUDN University. RUDN has the highest rate of foreign students in Russia, and they predominantly come from Asia, Africa, and Latin America,” said professor Anatoly Skalny, a Head of the Department of Medical Elementology, RUDN University.

Of the 274 participants of the screening, 65 represented Russia, 57 came from Asian countries, 84 were born in the Middle East, 40 were from Africa, and 28 from Latin America. The researchers evaluated the levels of arsenic, cadmium, mercury, and lead in the urine and hair of first-year students who arrived to Moscow from their regions shortly before the beginning of the study. The measurements were performed using highly sensitive inductively coupled plasma mass spectrometry, a method that allows determining the metal content in biological samples in negligible (trace) amounts.

The results of the study indicate a risk of heavy metal poisoning that could have a negative impact on the health and performance of the students.

“High levels of heavy metals induce toxic effects and interfere with adaptive reactions. In addition to the high levels of psychological stress that foreign students live under, increased heavy metal exposure may result in higher incidence of diseases in their first-year of studies. In the future, we plan to evaluate the effect of heavy metals on the health and performance of RUDN University students,” said Anatoly Kirichuk, PhD, associate Professor of the Department of forensic ecology with a course in human ecology.

The results of the study were published in the Environmental Science and Pollution Research journal. 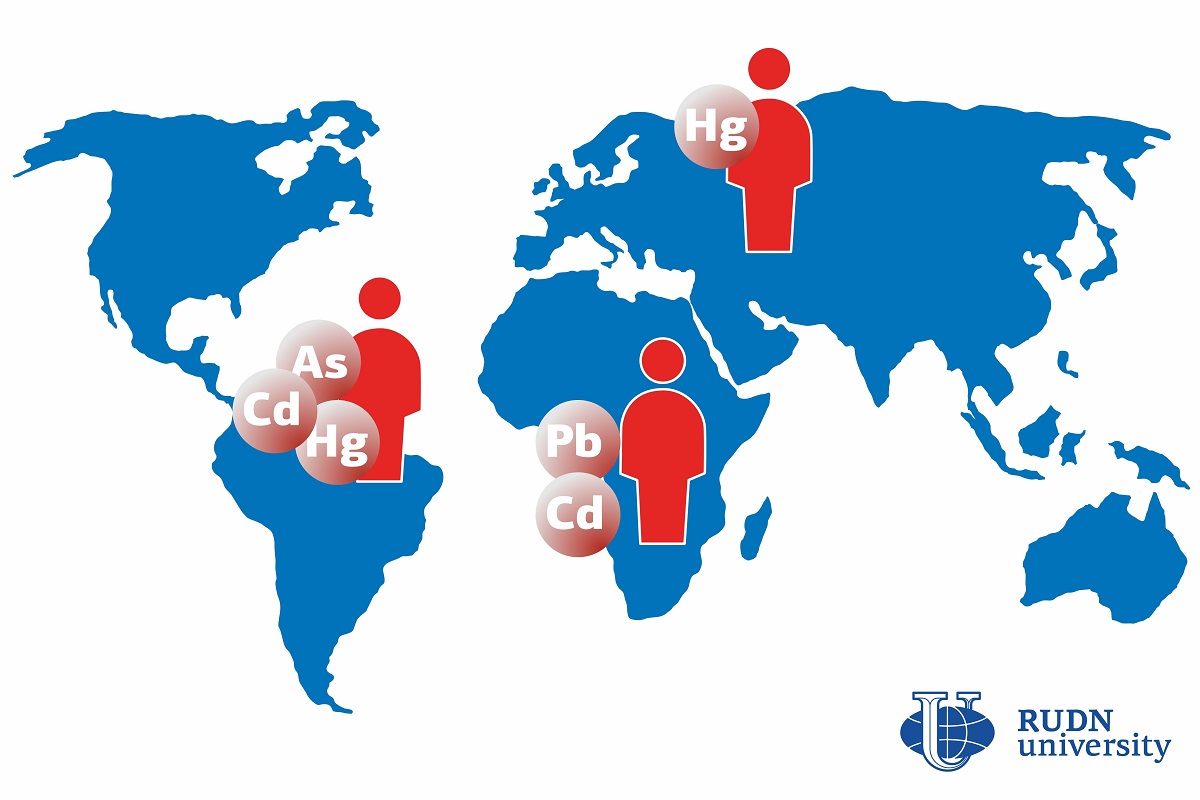 Previous news
The world of the Russian language: RUDN Digital Pre-University Faculty celebrates its one year anniversary
Next news
RUDN University is among the leading universities in the world in graduate employment
News
All news
Science
RUDN Mathematicians: 5G will cope with traffic when using WiGig