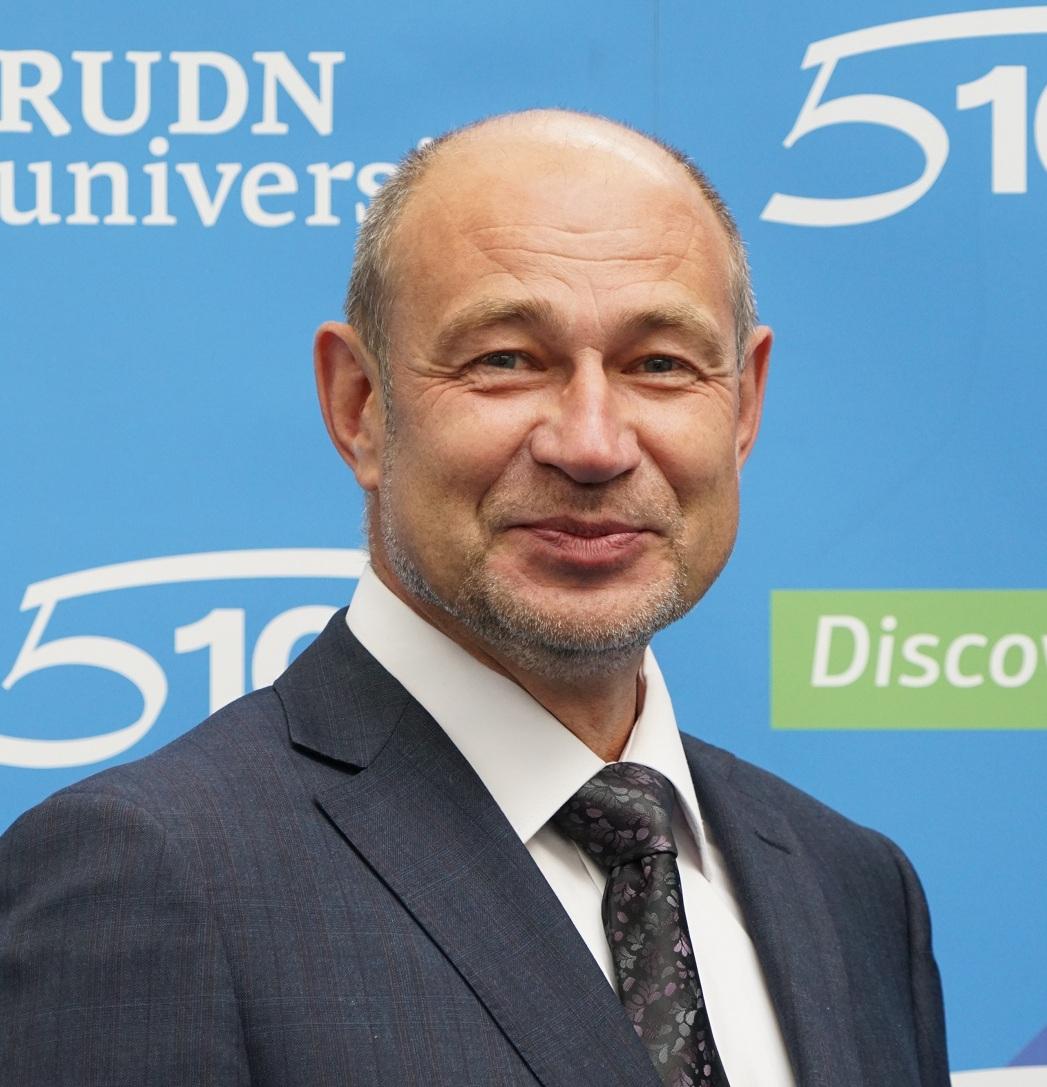 Dean of the Philological Faculty, Doctor of Philology, Professor

Viktor Vladimirovich Barabash - Doctor of Philology, Professor, Professor of the Department. Director of the Institute of Geopolitical Communications. Member of the Moscow Union of journalists, member of the International Confederation of journalists. Visiting Professor at Henan University (China) and Luoyang Pedagogical University (China). Chairman of organizing committees of a number of regular All-Russian and international conferences, member of editorial boards of peer-reviewed scientific journals.

Graduated from the Faculty of History and Philology of Peoples’ Friendship University named after Patrice Lumumba (now RUDN University) in the speciality “International journalism”.

Head of the Department of Mass Communication.

Doctoral thesis on “Theme of culture on the air of the state radio of post-Soviet Russia” was defended.