Within the visit of the invited professor, there will be lectures for undergraduate and graduate students of the Civil law and process and international private law department of Law Institute.

Series of lectures «Introduction to the Civil Law of Germany» will deliver from 12 to 16 of February 2018.

During the visit, negotiations on the development of future cooperation between the University of Bremen and the PFUR will also be held.

Due to an increasing threat situation, IT security continues to gain in importance. The attacks in recent months have demonstrated that the legislator needs to protect governmental institutions, Critical Infrastructures and companies against the growing risk of compromised IT systems. In order to examine and develop solutions, a purely national perspective is not sufficient. The European legislator has recognized this already in 2013 and developed a European Cybersecurity Strategy that led to the adoption of the Directive on security of network and information systems (NIS Directive), which is being implemented into the national laws of the EU Member States during this year. Hence, for the first time a harmonized legal framework on IT security is in place across the entire European Union.

However, cyber threats are not confined to European borders. In the medium term, it is therefore important to pursue a transnational cooperation in IT security, particularly at the level of international law. In order to establish the foundation for this cooperation, it is necessary to deal with the respective national regulations on cybersecurity. Since 2015 the research project «IT Security for Critical Infrastructures» (ITS|KRITIS), supported by the German Federal Ministry of Education and Research (BMBF), has been aiming at comprehensively analyzing and comparing the legal regulation of IT security. So far, we have examined and evaluated the European, German, Chinese and Japanese IT security law. Our objective is to assess the IT security regulations of the world’s leading nations in relation to one another with a view to determining the potential for harmonization and improvement as well as contributing to the ongoing scientific developments in law. 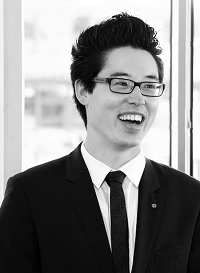