Media
News
Science
Developing the scientific vector: professors and students of RUDN awarded for outstanding achievements in science and education

Developing the scientific vector: professors and students of RUDN awarded for outstanding achievements in science and education

Science
Innovations and scientific discoveries, academic victories and professional recognition - at the meeting of the Academic Council, students and teachers of RUDN got awards for outstanding achievements in science and education.

The title “Professor of the Year” was awarded to Professor Victor Radzinsky, Head of the Department of Obstetrics and Gynecology at the RUDN Medical Institute, Corresponding Member of the Russian Academy of Medical Sciences, Honored Scientist of the Russian Federation, Doctor of Medicine. As previously noted by the Minister of Science and Higher Education of the Russian Federation, Mikhail Kotyukov, the award was a recognition of the professor’s merit in the creation of educational and methodological programs in Russian and English, as well as an assessment of the training of high-quality medical personnel.

“This title is very important to me. It indicates that we are on the right path in teaching our students. Today, competition among students for knowledge is becoming standard of behavior. That is why our graduates are so in demand among the country's leading clinics,” said Viktor Radzinsky.

The winner of the annual competition for the award of the RUDN University Prize in the field of science and innovations was Yulia Gaydamaka, Doctor of Physical and Mathematical Sciences, Professor of the Department of Applied Informatics and Probability Theory at the Faculty of Science.

“This award is my entire concentrated path in science, which I started as a student. I am happy that I was able to make a small contribution to science and will make all possible efforts to develop it further. In the Faculty of Science team I received many results on the study of next-generation networks. Achievements in the field of science and innovations are impossible alone without the support of colleagues.”

Rector Vladimir Filippov also noted students who have succeeded in the field of scientific research and professional skills.

One of them was Rachel Gainos, a 5th-year student at the Medical Institute from Namibia, the winner of several stages of pediatric and surgical dentistry at the VIII All-Russian Student Dental Olympiad.

“It was the first time I participated in such a big Olympiad. It was exciting: 5 practical stages under the close supervision of the jury under conditions of limited time - this creates a certain tension. But I really love my job, especially surgery and work with children. After a few months, I graduate from the university and return home to Namibia. In our country, the situation with children's dentistry is complicated and my dream is to give beautiful smiles to my little compatriots! ”,  said Rachel Gainos, 5th year student of the Medical Institute. 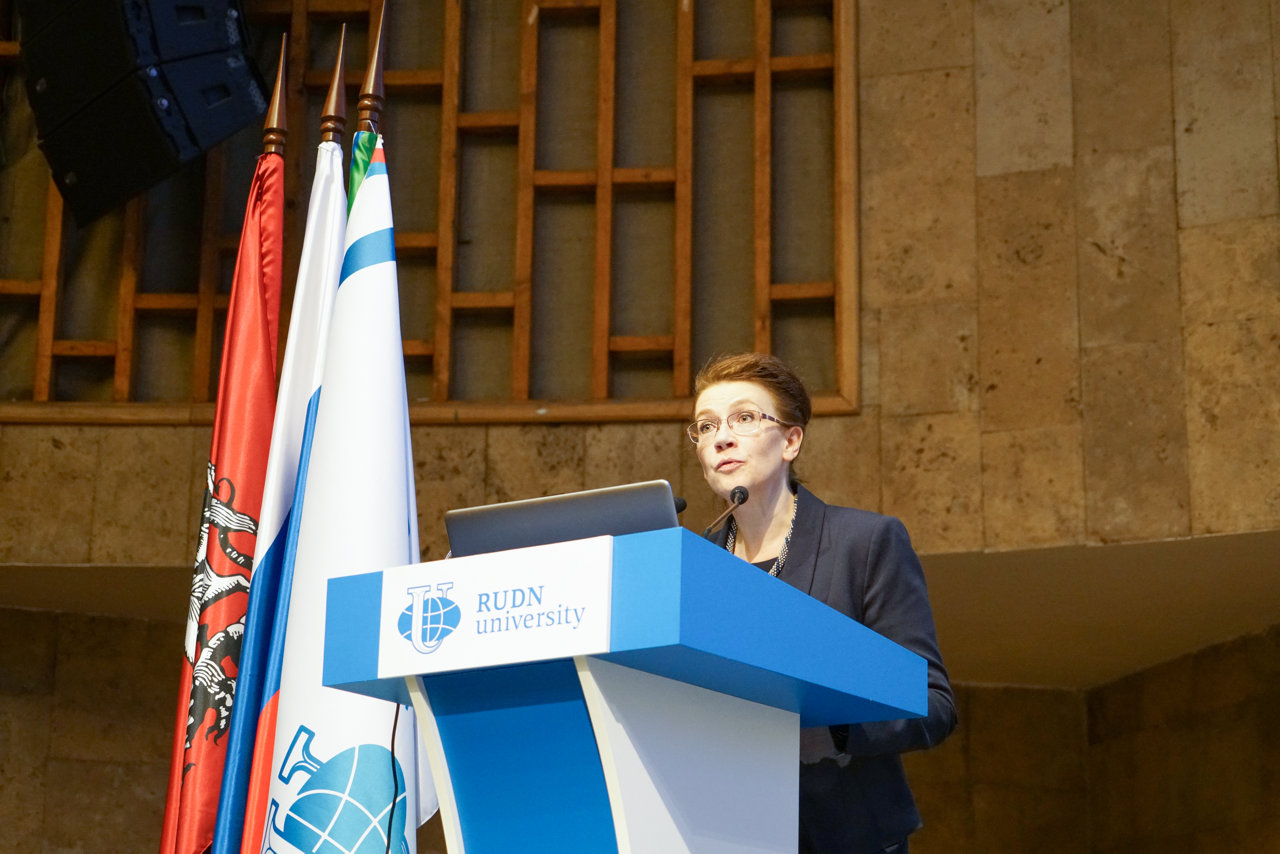 Previous news
RUDN opened an auditorium dedicated to the ancient city of Petra (Jordan)
Next news
“I dream that children smile with healthy and beautiful teeth!” - Rachel Gainos, a student at the Medical Institute
News
All news
Science
RUDN University Chemists Create Substances for Supramolecules Self-assembly