Astronauts Yuri Malenchenko, Oleg Skripochka and Alexy Ovechkin greeted the participants from board the spaceship. The festival was opened by Rector Vladimir Filippov, Director of the Institute of Space Technologies Alexander Chursin and astronaut, Hero of Russia Evgeniy Tarelkin.

The Rector noted that the aim of the Institute of Space Technologies is not only to train managerial staff for the space industry but also to teach students to use modern space technologies in various branches of activity.

Visitors attended various lectures and met Evgeniy Tarelkin, astronaut, Hero of Russia, who shared his experience of life in zero-gravity.

Finally participants of the motor race took the flag of RUDN Institute of Space Technologies and the symbol of the festival- drawing of Igor Mironov from Lyakhi orphanage to bring it to the Crimea- school 54 named after Gagarin (Sebastopol).

The Week was closed by a concert of RUDN University students and Korolev secondary school students, excursions to leading enterprises of space industry and Open Doors Day of the Institute of Space Technologies. 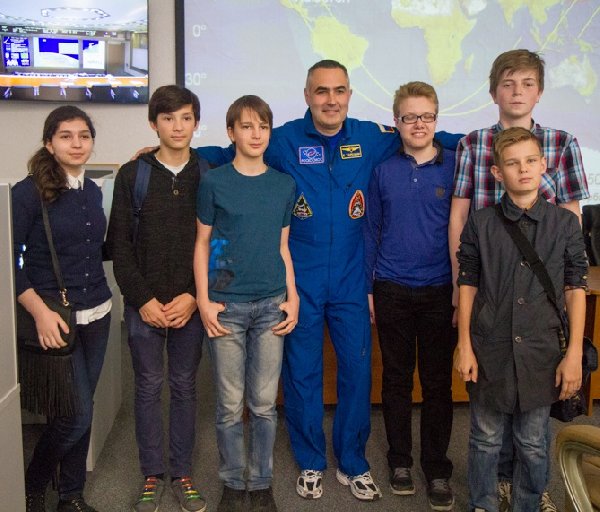