Research and Innovation
Newsletter
2020
3
"This is full of geographical discovery," Alexei Kucheiko about the discovery of a new island

"This is full of geographical discovery," Alexei Kucheiko about the discovery of a new island

22 Oct 2020
Rubric:
Student's Scientific Initiatives
Release/number:
№ 3
The fact that a new island will be marked on the Arctic map became known at the end of July. The earth beyond the Arctic circle was discovered by schoolchildren under the guidance of Alexey Kucheiko, associate Professor of the Department of Mechanics and Mechatronics of the RUDN University. The group was working on satellite images. About the opening and how new Islands open up students to interview Alexei Kucheiko. 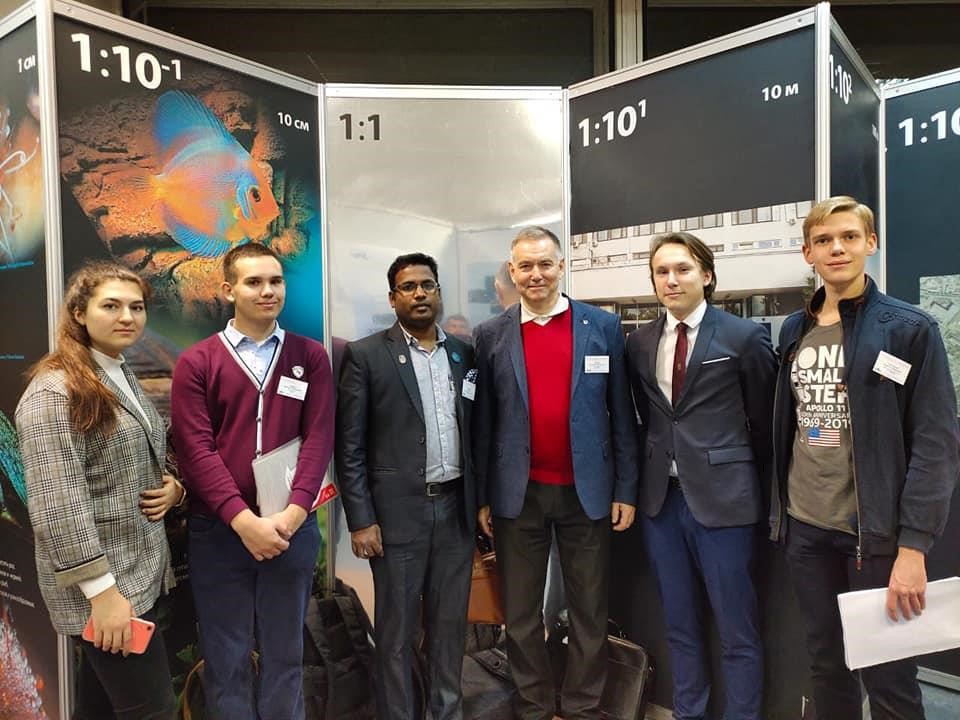 Alexey Anatolyevich, is the discovery of the island a significant event in our time?

This is a full-fledged geographical discovery. The earth is a dynamic system, it develops and changes its appearance. New geographical features are appearing on the planet, and these processes are especially active in the polar regions — in the Arctic and Antarctica. Such events occur due to the melting of glaciers, in the Russian Arctic zone, most of them are in the Archipelagos of Franz Josef land and Novaya Zemlya.

Geographical discoveries are also associated with scientific research, namely, with the study of the rate of degradation of glaciers. The climate changes, and the island is released from under the ice, shows the world a face in hundreds of thousands, or even millions of years.

This is also important for biologists: you can see the remains of plants, living creatures, and conduct research before wind and water can settle new life on a rocky island.

Students are always happy to discover a new island — these are the emotions of the discoverer. They are still children, even though they are high school students. This kind of event doesn't happen very often. The group is being updated, and not everyone has 4 Islands on their account. There are always newcomers for whom this is the second or third project.

How did the discovery of the island happen?

Our group started monitoring the melting glacier in 2015. We assumed that the new island would appear in 2019, but the glacier went into the polar night and stopped melting. Only in July of this year, the water and air temperature increased so much that the ice became loose and began to crumble. Literally, the image captured the moment shortly after the collapse of the ice bridge that connected the future island of the Novaya Zemlya archipelago with the retreating Vilkitsky Yuzhny glacier.

According to our measurements, the bridge about 27 meters in height collapsed — this is almost a 7-story building. Waves and a zone of ice chips formed. From a satellite from space, this collapse zone was seen as an extension of this bridge — only there was no shadow.

Subsequent surveys confirmed that there is no jumper. We measured the width of the Strait — it was about 80 meters. Now this width is about 200 meters. The remaining ledge of the glacier is intensively crumbling and retreating.

How did it become possible that new Islands are discovered by schoolchildren, and not experienced travelers, for example?

Our group is engaged in school projects on various topics of space information applications — ecology, emergencies, geography, archeology, including the study of the effects of climate change and the degradation of glaciers.

Our work is based on satellite images and remote sensing technologies. There is a lot of open satellite data on the Internet — it is maintained and maintained by almost all major space agencies. In Russia, open data includes data from KMSS sensors (multi-zone satellite imagery) and all meteorological data... The guys study software and services with satellite images, and then we go to practice. We collect data, process information, analyze it, and formulate results and conclusions.

Our goal is to bring the students to the study of a scientific problem at such a level that they can complete their first research work. To do this, we consult with specialized scientists — ecologists, geographers, glaciologists.

What will happen to the island next?

We wrote a letter to the Russian geographical society (RGS), the Department of Navigation and Oceanography of the Ministry of Defense, and Russian Hydrographic Service. Hydrographers quickly reacted, clarified the tasks and adjusted the plans of the complex expedition of the Northern fleet.

The minimum task is to lift the copter from the ship and photograph the island, conduct a cartographic survey and transmit the data to the hydrographic enterprise for updating the maps.

Complex expeditions have been conducted for the third year. This year, the expedition of the Northern fleet and the RGS starts in August. Hydrographers take scientists, cartographers, and journalists on Board. The expedition conducts Oceanographic and biological observations, and searches for previous expeditions.

This is not your first discovery...

This is our fourth island. We turned to the topic of glaciers of Novaya Zemlya in 2015, after the guys read a message about the discovery of a whole group of Islands by the hydrographic vessel "Senezh".

Our first island was discovered in 2016. In 2017, we announced it — sent a message to the RGS, the Hydrographic service of the Northern fleet and started cooperation. Military cartographers treated us with attention and respect. Today, they recognize our priority for our new Islands and help with the registration of new geographical features.

The second island was discovered from radar images in 2017 and declared in early 2018. Two of our guys reported on this discovery personally to President Vladimir Putin at a meeting of the RGS Board of Trustees. My wife and I accompanied them as scientific supervisors.

This event is probably our highest achievement! The meeting summed up the results of the year's work, but the guys were among the first to speak. They sat next to the President and instead of the 5 minutes allocated, they spoke for about half an hour, exchanged remarks, and answered questions. 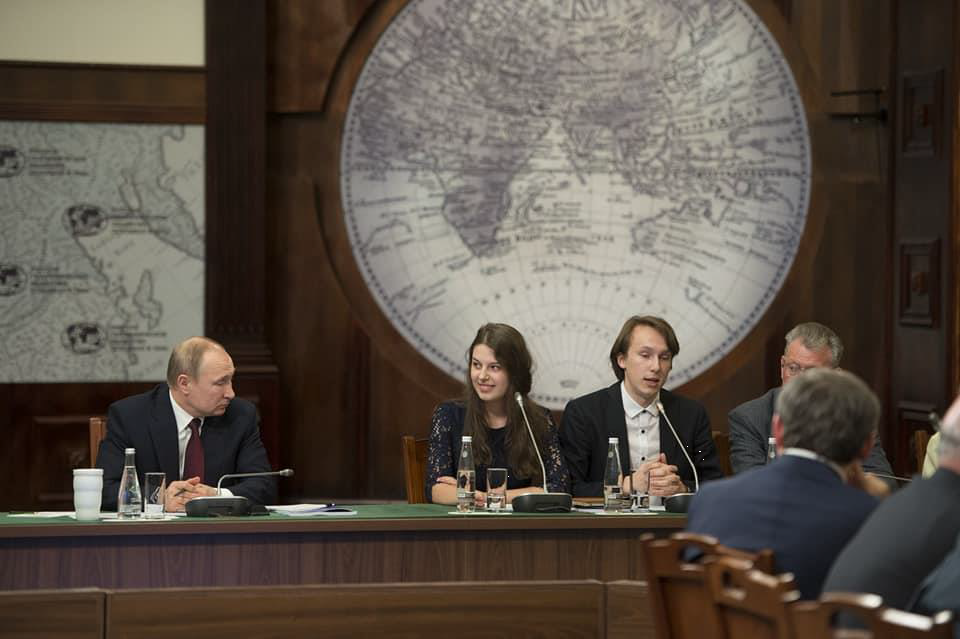 To the President's question: "what if the situation changes and the glaciers begin to attack — this island will disappear?" — they replied that, according to their research, there are isolated cases when the area increased due to the pulsation of the glacier, but in other cases the area decreased, and this is a climate trend. Students are also interested in analyzing glaciers in the Russian Arctic national Park and Franz Josef land, not just one glacier.

The third island was formed by accident, when studying the melting of glaciers on Schmidt island. On the map, the future island was designated as a cape, but due to the melting of the glacier, water flows eroded the base, the cape separated and became an island.

What are your chances to participate in naming a new island?

We try to name all the Islands at once and dedicate the opening to significant events. Our very first island was given a temporary name by hydrographers — the Island of Schoolchildren. The second island is named after Valentina Tereshkova — in 2018, she had an anniversary. The third island, the former Cape Zemlyanoy on Schmidt Island, was proposed to be named in honor of Soviet cosmonaut Andriyan Nikolaev. The guys suggest naming the fourth island in honor of the youngest cosmonaut # 2 planet Earth — German Stepanovich Titov. We knew him when he was alive, and this year he would have turned 85. Herman Stepanovich easily responded to requests and came to school to meet with the children, although he was a very busy person — a well-known political figure, a Deputy...

How do the skills of a pioneer researcher help future students?

We are monitoring the future of our wards. School children are a dynamic audience, children grow up and leave. Our task is to bring them to the University. Someone enters specialized universities, connects their fate with space technologies, geography, and programming. This year, our graduates are going to Moscow state University to study geography, RUDN to study journalism, and MAI — aerospace Institute.

I teach undergraduate and graduate courses at the RUDN Academy of Engineering, and I know that the scientific works of my students-school students — are about course work, and sometimes even a bachelor's degree. This is a high scientific level. When such a student becomes a student, they understand what scientific research is, how to work with the material, where to collect and process it, and how to formulate conclusions.

One of this year's graduates already has two articles: "Study of ship discharges in lake Ladoga" and "Study of shoals in the Laptev sea from satellite images", for which she received a commendation from the head of the hydrographic service of the Northern fleet. She went to Helsinki for an international conference, then there was a scientific and practical conference at the space research Institute of the Russian Academy of Sciences. Another graduate studied the defeat of the Moscow region forests by bark beetles from satellite images and followed the red-book Atlantic walruses in the Arctic. This year, she enters the RUDN for journalism. 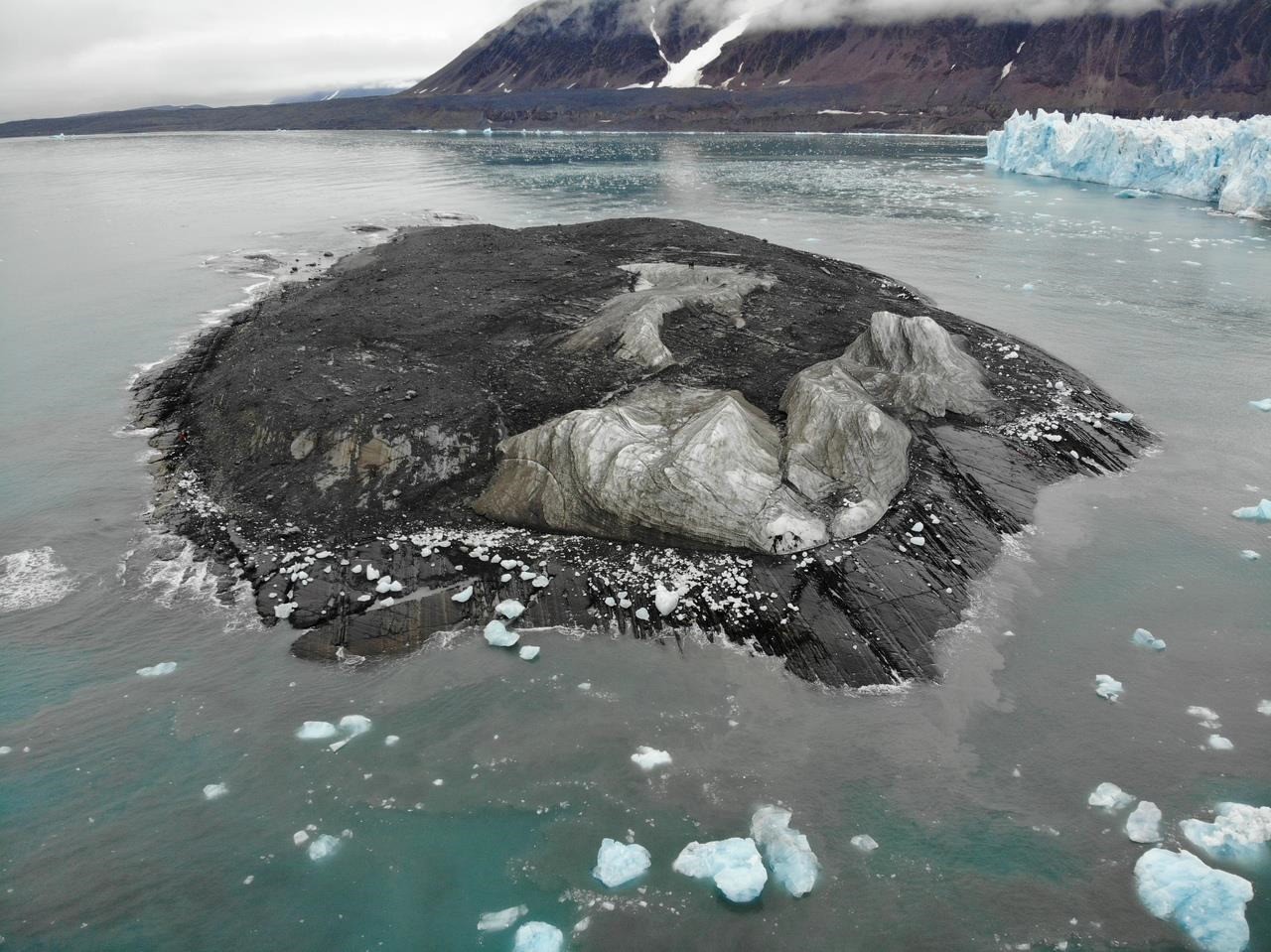 October 22 at Hotel Business and Tourism Institute of RUDN in an online format of brainstorming held an international student scientific conference “The formation of environmental culture through tourism”.

October 22 at Hotel Business and Tourism Institute of RUDN in an online format of brainstorming held an international student scientific conference “The formation of environmental culture through tourism”.