Science
Biologist from RUDN University Morteza Yousefi has found that lavender extract added to the food reduces stress and improves immunity in carp in fish farms. The discovery may be used in fish farming.

Ithad already been known that the components ofnarrow-leaved lavender extract, cineole and linalool, have anti-inflammatory, antioxidant, and anti-stress effects. The biologists assumed that these substances can help fish cope with the negative effects ofthe stress hormone cortisol.

Youssefi and his colleagues divided the fish into four groups. For 70days, the fish inthe first group received adiet which contained 0.5% oflavender extract, 1%inthe second group, and 1.5% inthe third one. The fourth group was the control, inwhich the carps did not receive lavender extract atall. After that, veterinarians subjected the fish tothree hours ofstress: the water level inthe aquarium was reduced by90%. Before and after the stress test, the authors studied anumber ofindicators that directly orindirectly reflect the effects ofstress infish. 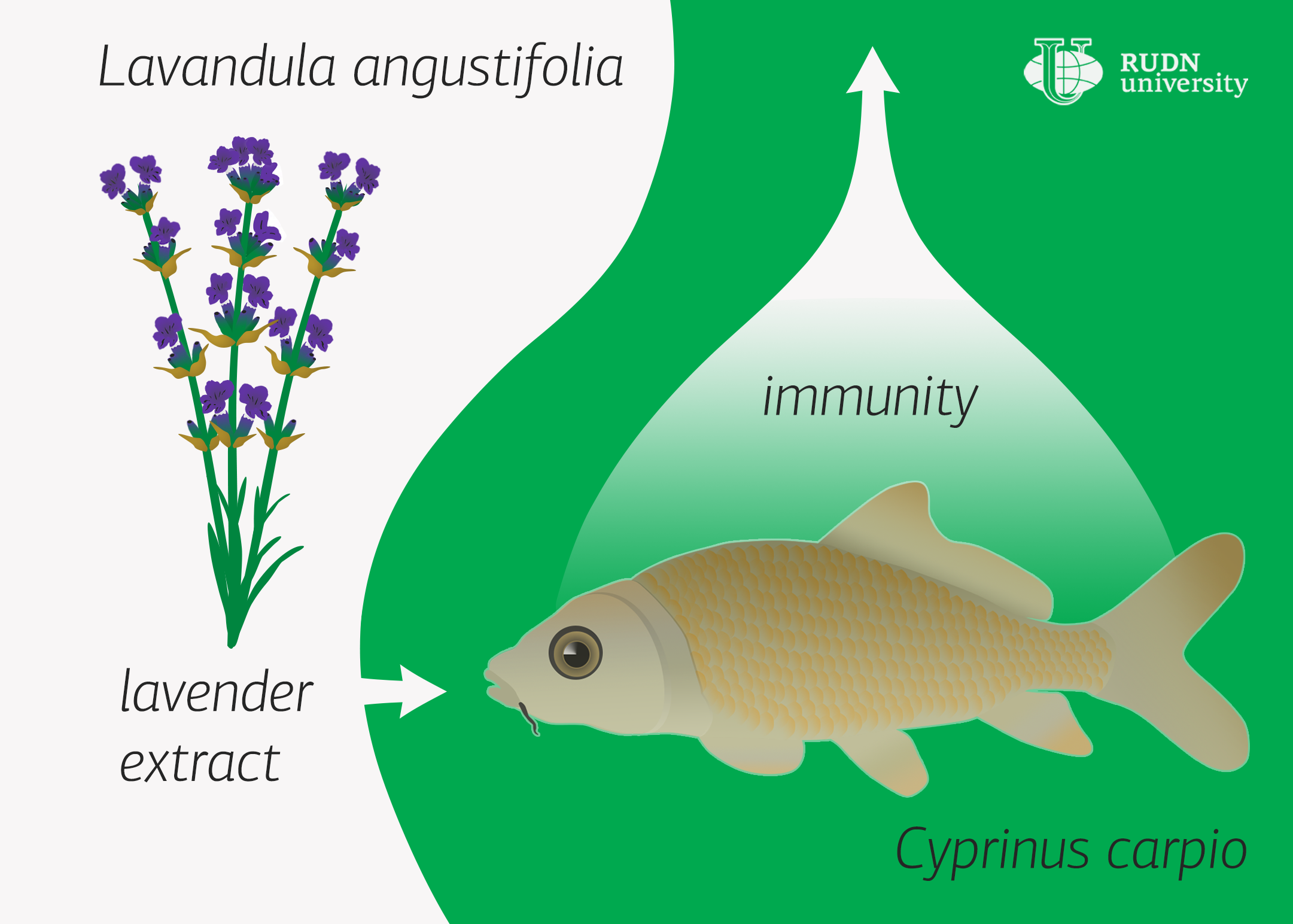 Previous news
Leading oncologists release Russia's first encyclopedia of pediatric thoracoabdominal oncological surgery
Next news
“I consider it a huge advantage if people know their rights and obligations” - Maria Kutovaya, graduate No. 400 from Ukraine
News
All news
Science
Highest recognition of scientific merits to the university: congratulations to the winners of RUDN University prize in the field of science and innovation